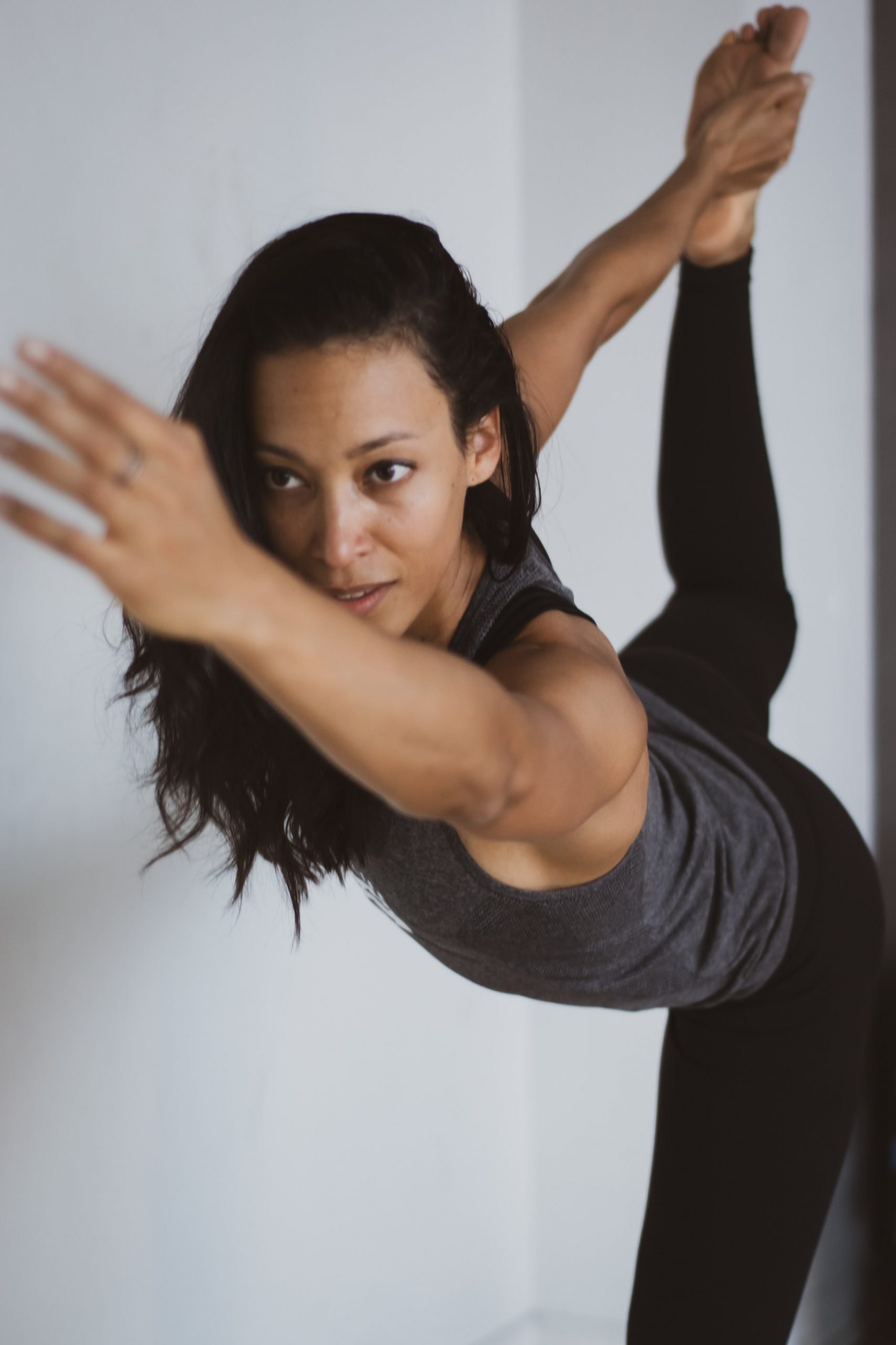 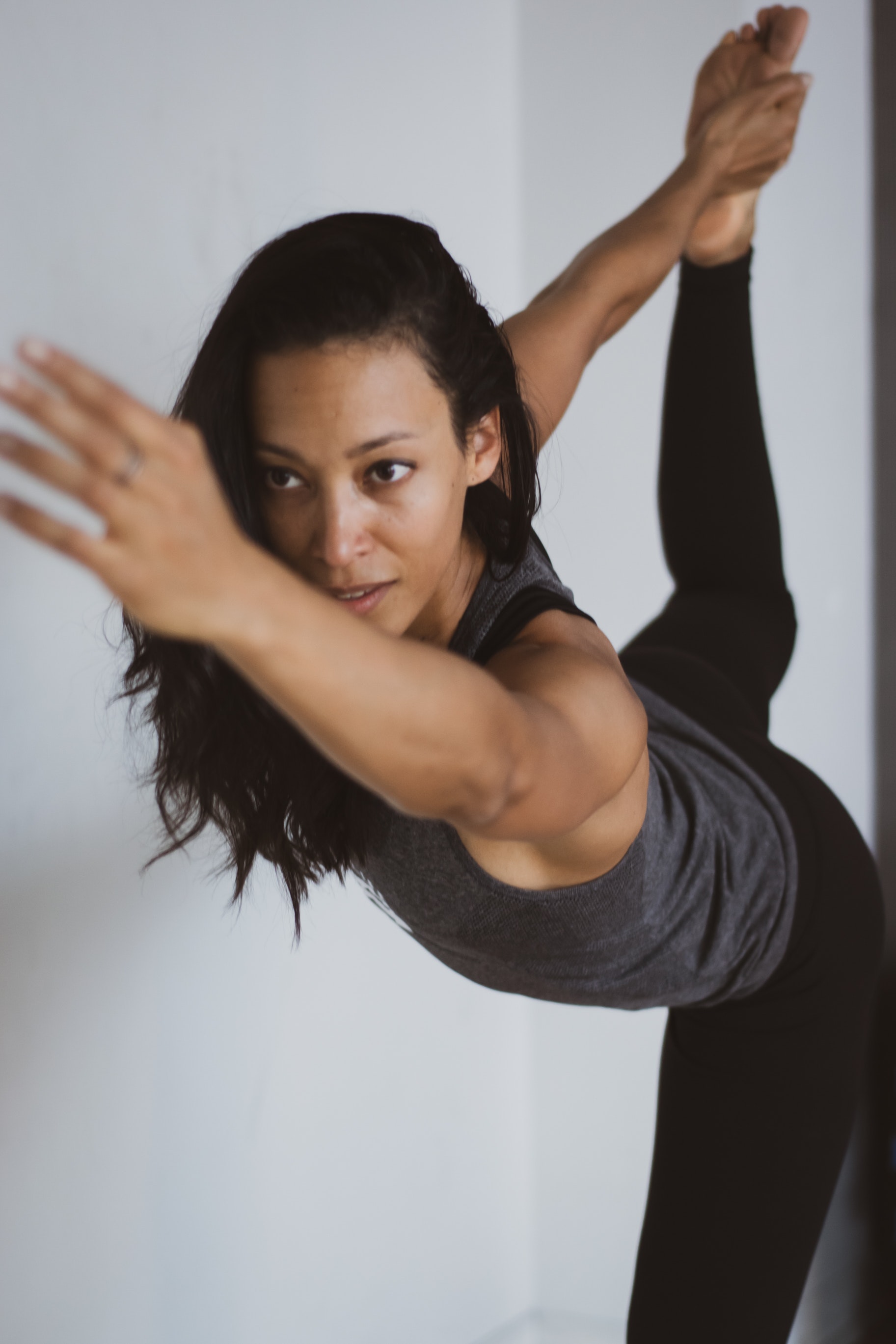 Here’s some truth: Rome wasn’t built in a day. Nor was my fitness lifestyle. Even with all of the research that I’d done and the effort that I put in to make sure my workouts were perfect, I knew that I was bound to make some mistakes. No one’s perfect. And no workout plan is perfect. It’s all a journey.

Over the past 2 years I’ve learned the importance of good form and being intentional with my movements. I’ve also learned about macros and the difference between functional training and training for power. But most importantly, I’ve learned that making mistakes during my fitness journey is actually a good thing.

So I made mistakes. And I made sure to laugh at myself and learn from my mistakes. I chose not to let them define me and instead I grew from them. And that growth got me to the place where I am now.

But over time I’ve realized . . . once you get to a point where the skills that took forever for you learn are second nature to you, sometimes you forget what it took for you to get to there. The amount of hard work that you put in. The fails. All of the fails. For that reason, I always make it a point to humble myself, and remind myself where I started. And then use that reminder as motivation to keep going.

I attribute the start of my journey and a lot of my help to Instagram fitness accounts. I was like a little sponge trying to soak up every bit of information I could find. But like google, not every piece of information you find is good information or even useful. I was following accounts of women with body types that were nowhere near mine and women that gave false information or exaggerated information about what exercise can do.

Exercise isn’t witchcraft. You can grow your butt from lifting weights but that doesn’t mean it’s going to look like the women who’ve had surgery. Waist trainers and tea are not going to magically give you a smaller waistline. Of course I didn’t realize how much of a waste of time it was to follow accounts that had questionable results until I was more familiar with exercises and nutrition.

Now I only follow fitness accounts that I can actually benefit from. The ones that either give me new workout ideas or inspire me work harder.

Thinking there is only one way to get my dream body.

Of course there are a lot of different ways to get in shape. You don’t have to go to a gym. There’s yoga. Calisthenics. Crossfit. Track. Playing Sports. I knew that. But I thought the only way for me to gain weight and get the body that I wanted was to go to a gym and lift weights because that’s what everyone else was doing.

From the outside looking in, that’s what was working for them so why reinvent the wheel? Until I saw that there were women that hated the gym and still got amazing bodies by working out at home. Or doing calisthenics. Yoga. Or some combination of workouts. The point is, there is more than one way to get your dream body and one way isn’t better than the other. They’re just different.

I’m not a big follower to begin with so this didn’t last too long. But when I first started working out I used to think, “Everyone else is tracking macros so I should be tracking macros,” and, “I should be meal prepping because everyone else is meal prepping.” I was working out 5 – 6 times a week because that’s what people did if they wanted to see results. Just so you understand, none of the this was wrong or bad to do but it wasn’t right for me.

My body is different from the next person. I can eat terrible for a weekend and be completely fine whereas the next person might put on a couple of pounds. Or I might miss a few workouts and lose some muscle mass while you might do the same and see no difference. Over time I realized that I don’t have to do everything that someone else does in order to see similar results. I CAN, but it’s not always necessary. I just have to figure out what works for me.

There are brands that will always be classics like Nike and Adidas. And then there are the over-hyped workout brands that influencers promote on social media.

Not to name any names but I found myself buying into the hype and wasting my money on poor quality leggings that would rip on me and gave me awful camel toe in the gym. What I didn’t know was that most of the “reviews” that I saw were sponsored. There’s nothing wrong with sponsored reviews if they’re genuine and honest but most of them weren’t.

And so I foolishly invested my money. I learned my lesson with this one quickly. If I’m going to buy poor quality workout clothes I’m at least going to pay the right price for them or I’ll just stick to the tried and true classics. Hello Nike shorts and Adidas pants.

I don’t like cardio and I’m not afraid to say it, but avoiding it was an unfortunate mistake because of my stamina. Even though I can lift weights and I push myself strength-wise, I can barely run for a couple of minutes without getting winded. It’s my own fault. I know consistent cardio can be counter productive when you’re trying to gain weight, but including it a couple times a week for 10 to 15 minutes won’t hurt me. Plus it’s great for the heart. And now that I’m not focused on weight gain I’m going to make sure to include cardio in my routine.

Trying to keep up with the big boys.

It’s cool to experiment and try different workouts with different people but know what you’re getting yourself into. This was a more recent lesson that I had to learn. I thought that because I’ve been working out for the past couple of years that I should have no problem keeping up with another woman at my gym. Boy, did I learn my lesson the hard way. I had’t lifted heavy weights in a long time so to randomly do that was a shock to my body in the worse way. There were heavy hip thrusts, deadlifts, leg presses, etc. Let’s just say I barely left my bed for the next two days.

Related: Finding Productivity in Being Unproductive

Feeling guilty for missing a workout or eating a non-healthy meal.

I was so determined to live a healthy lifestyle that I would feel so bad about missing a workout. If I did, I would make sure I made up for it later. Instead of taking a planned rest day I would go to the gym. Same goes for a bad meal. If I decided to go party with my friends, I would figure out some way to work it off by staying in the gym a little longer.

I’m not trying to call out people who live like that, to each’s own. But in my mind life is too short to worry about something like a bad meal or a missed workout. It’s not like I’m competing for anything. The reality is, I could be the healthiest person and get hit by a car and die tomorrow (god forbid). So I’m going live my best life. Which means I’m going to continue to eat healthy and workout, but I’m not going to beat myself up if I miss a meal or two.

Comparing myself to other women.

This was a really hard one for me to get over. Because I was following so many fitness accounts it was far too easy for me to get caught up in comparing looks. I talk about this more in depth in an earlier post. I would say things like “We’re the same weight and height and we both lift weights. Why don’t I look like that?”

The funny thing is I would do this while at the same time telling other women not to compare themselves. Talk about being a hypocrite. I had a distorted image of myself. It didn’t help that I was comparing myself to a photo of someone else as if it would be an accurate comparison. Don’t be like me. The only person you should be comparing yourself to is yourself. Comparing yourself to other women will make your amazing progress seem so small. Instead just focus on being a better you. 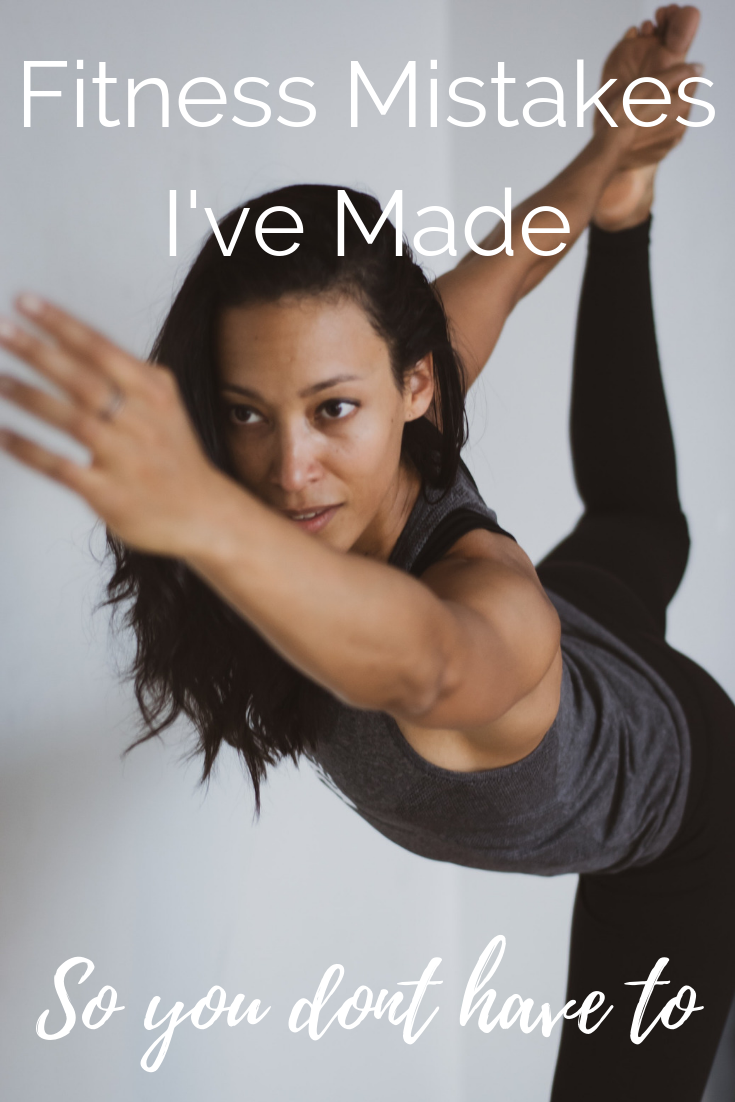 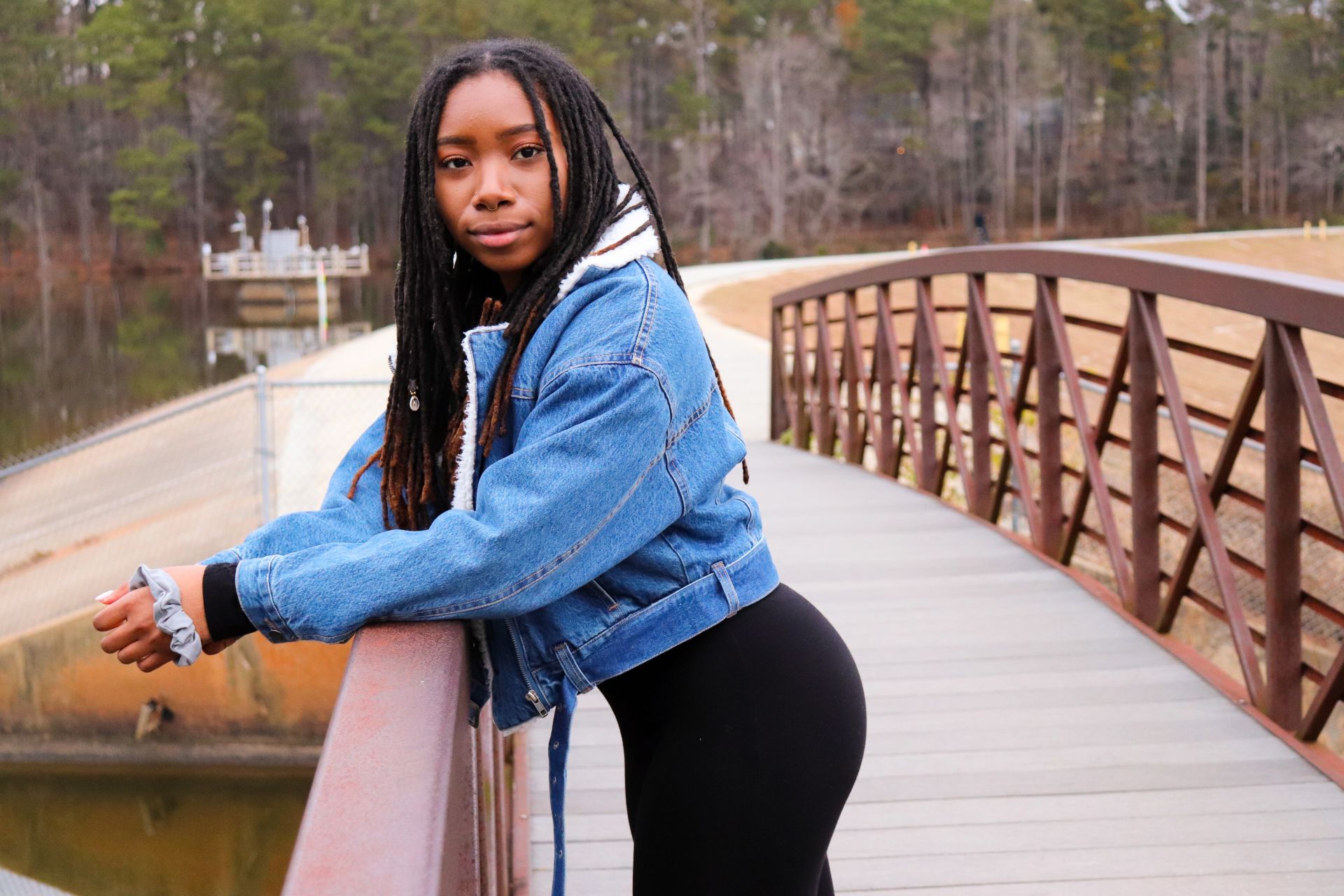 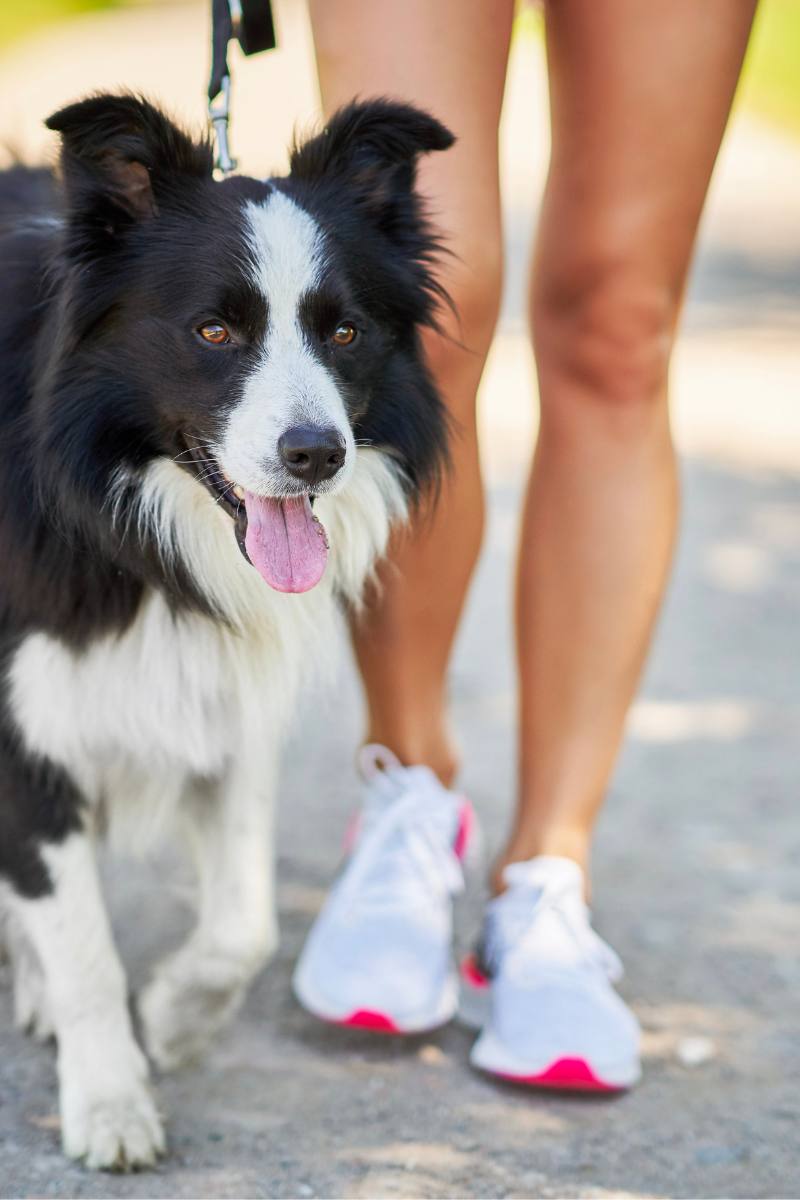 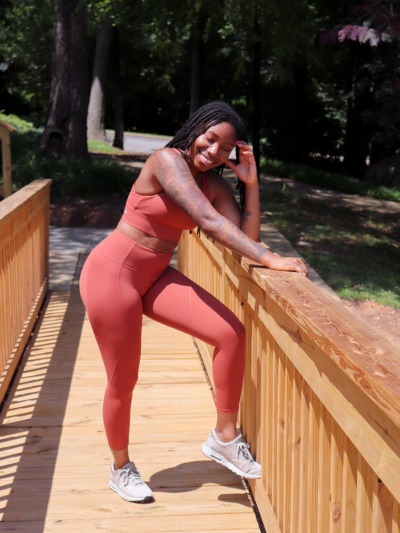 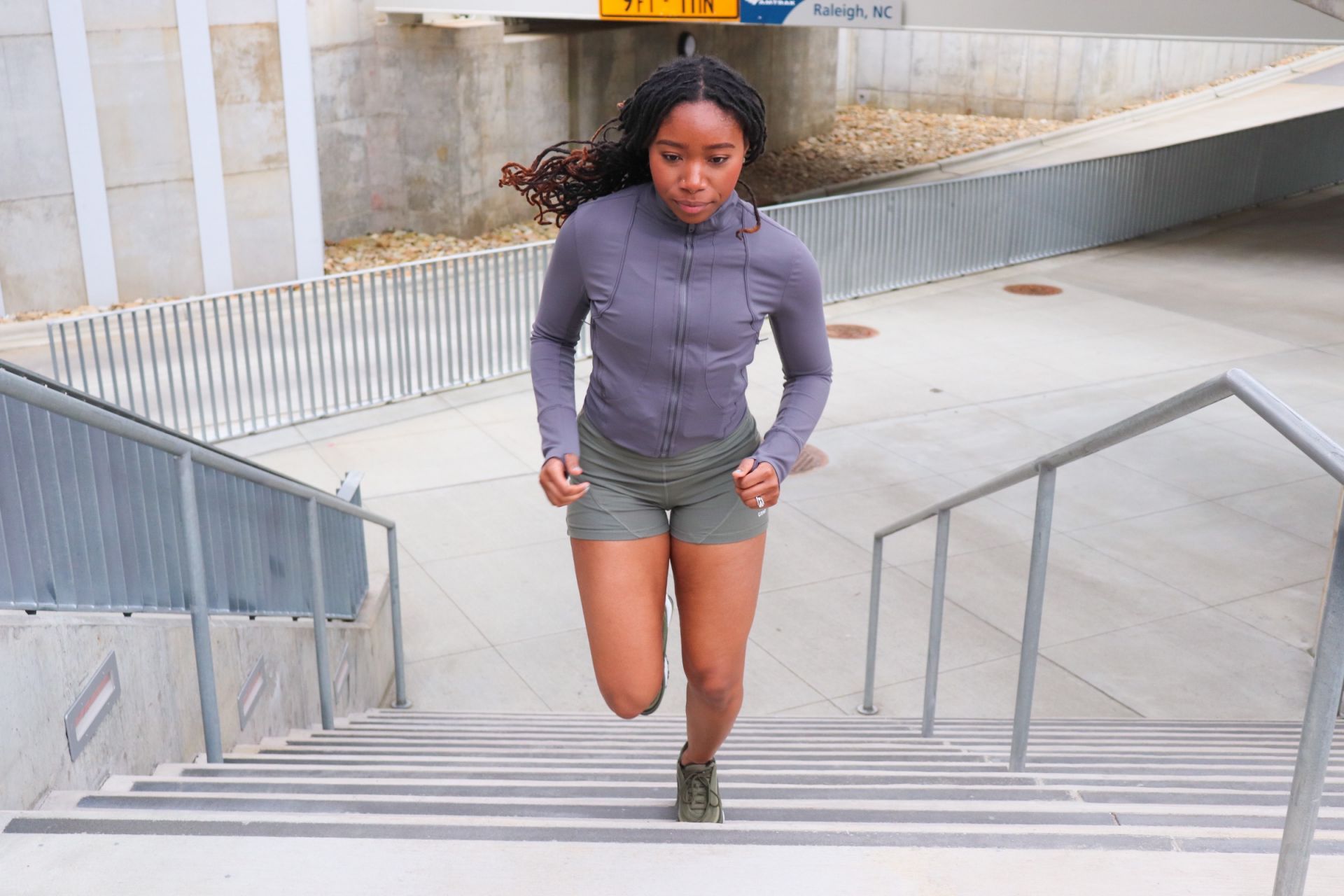 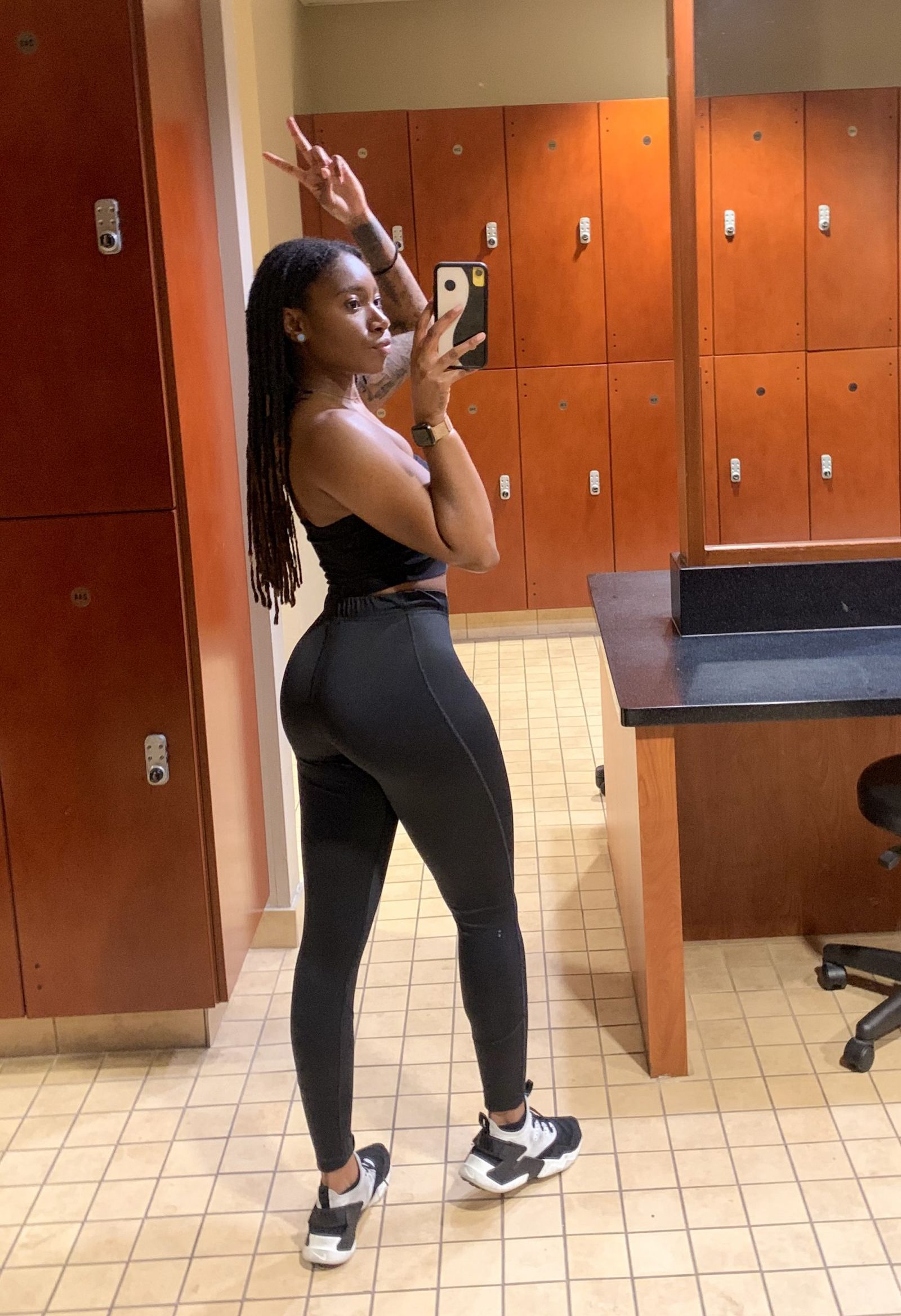 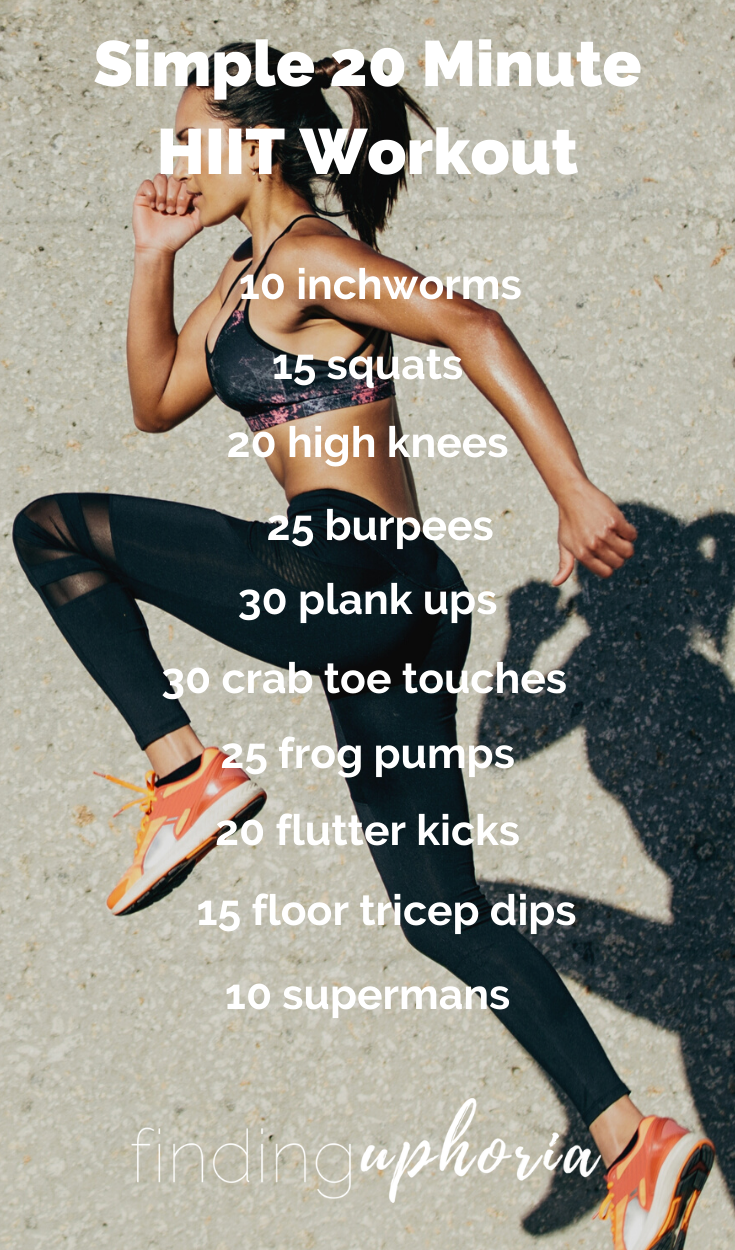